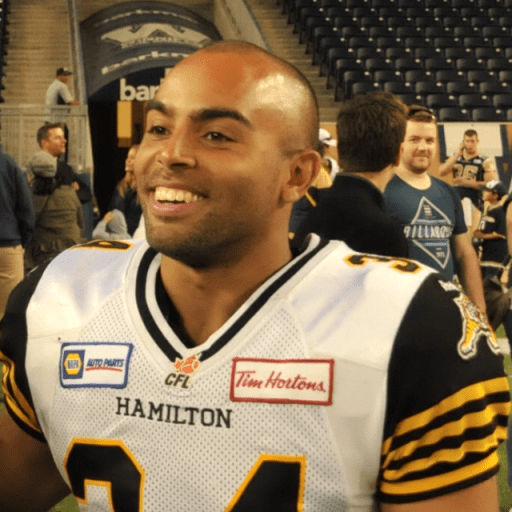 Bo was born in North Vancouver, B.C. After attending Windsor Secondary School and winning two back-to-back football provincial championships, Bo continued his career at Simon Fraser University. Bo was named a Division II All-American as well as a two-time GNAC All-Star and a three-time Academic All-GNAC. Bo also holds the SFU Rushing Record and was drafted by the Hamilton Tiger-Cats in 2012. He then graduated with distinction from SFU in 2013 and went on to win a Grey Cup with the Calgary Stampeders in 2014.

Off the field, Bo has been actively involved in his community in a variety of projects, including his founding of the non-profit organization, Triple-S (Supporting Students in Sports), in which he collected sporting equipment and monetary donations to help enable youth participation in athletics regardless of socio-economic background.

Various athletic, academic and community endeavors have given Bo the experience needed to convey Game Ready’s core values: that hard work pays off, whether it be in sport, the classroom or the community.